PTPTN Urges Parents To Take Up SSPN-i, Save Early For Children’s Education 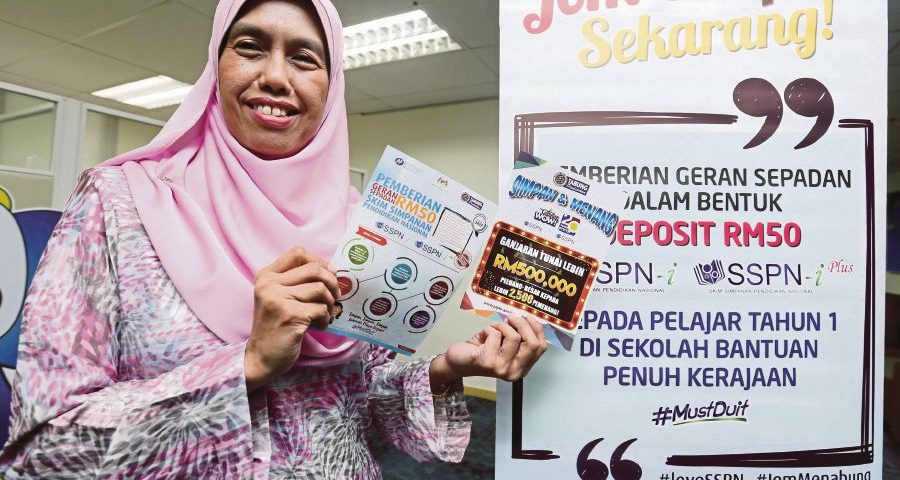 ALOR STAR: The National Higher Education Fund (PTPTN) has urged parents to take advantage of the National Education Savings Scheme (SSPN-i Plus) to get started on their child’s education fund, early.

Its deputy chief executive officer (Policy and Operation) Mastura Mohd Khalid said this special incentive scheme would help to lessen the children’s financial burden when they further studies in the future.

Without having to shoulder the education debt, she said these young adults can then utilise the money they earn after graduating for other purposes such as purchasing a home.

Mastura cited an example where a number of PTPTN borrowers are unable to get their home loan approved due to the delay in repaying their education loan.

From January until June this year, she said only 3.7 per cent or 16,000 of the total eligible Year One pupils across the country registered for the special incentives.

“Various initiatives were taken by the government to encourage parents to set up savings for their children since early age.

“One of the incentives provided under the 2017 Budget is the matching grants of up to RM50 for accumulated savings in SSPN-i for students in Year 1 in fully-assisted government schools.

“Even with the small amount as a start, the accumulated money saved until they finish schooling would be able to cover at least some of the expenses for them to further study,” she said, when met at the third series of the MyRumah Showcase 2017 at Aman Central Mall here today.

Mastura said by taking part in the property exhibition, PTPTN could help keen property buyers at the showcase to come out with possible solutions, especially those had pending education loan repayment.