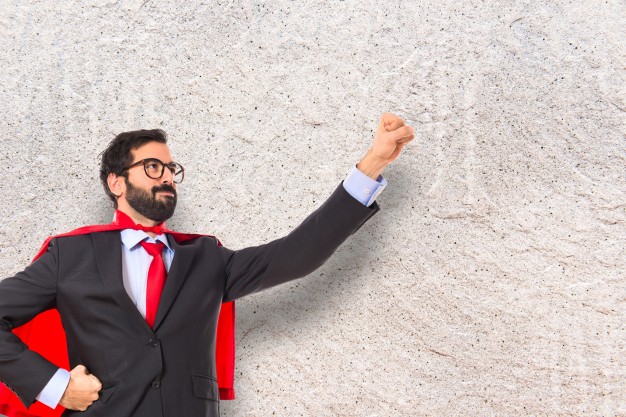 A recent study sheds light on how power can fuel the overconfidence that causes people in leadership positions to make bad decisions.

The study was conducted by USC Marshall assistant professor of management and organization. Nathanael Fast and co-authors, Niro Sivanathan of London Business School, Nicole D. Mayer of the University of Illinois, Chicago, and Adam Galinsky of the Kellogg School of Management at Northwestern University.

The researchers point to a fundamental truth in the world of business: unconstrained power can hinder decision-making. It is a truism that can be extended to political leaders as well.
According to Nathanael Fast: “The aim of this research was to help power holders become conscious of one of the pitfalls leaders often fall prey to, The overall sense of control that comes with power tends to make people feel overconfident in their ability to make good decisions.”

The researchers conducted a number of experiments to explore this tendency. In one experiment, subjects were asked to bet money on the accuracy of their own knowledge. But first, participants were put in touch with feelings of either power or powerlessness by being asked to recall and write down accounts in some detail of a specific experience when they either had, or did not have, power over other people.

Then the subjects were asked to answer six factual questions and to set a “confidence boundary” on how well they thought they had performed. Nathanel Fast commented: “What we found across the studies is that power leads to over-precision, which is the tendency to overestimate the accuracy of personal knowledge.

“The study found that subjects who were primed to feel powerful actually lost money betting on their knowledge while, those who did not feel powerful made less risky bets and did not lose money. According to Nathanel Fast: “This was one piece of puzzle, the idea that a subjective feeling of power leads to over-precision. “The research team hypothesized that overconfidence among high-power individuals could be limited through blocking their subjective sense of power by directing attention to the limits of their personal competence.

They tested this by allocating subjects to high-power or low-power roles. But subjects’ feelings of competence were also manipulated by asking them a series of yes/no “leadership aptitude” questions. The subjects were then randomly given a false score – ranging from “poor” to “excellent” – through a computer and told that their scores reflected their aptitude for leadership. Participants with “low” scores were advised that they “may not be as competent as others.”

After being given their results, the subjects were asked to bet money on how well they would answer six trivia questions. Yet again, the ‘powerful’ subjects lost more money but participants who had been led to doubt their own competence did not. Put another way, when subjects felt subjectively powerful they were at their most most vulnerable to overconfident decision-making.

Nathanael Fast considers that the best decision-makers can find ways to avoid this vulnerabity: “The most effective leaders bring people around them who critique them. As a power holder, the smartest thing you might ever do is bring people together who will inspect your thinking and who aren’t afraid to challenge your ideas.” But, ironically, the study shows that the more powerful they become, the less help leaders think they need.

Adam Galinsky concluded: “Power is an elixir, a self-esteem enhancing drug that surges through the brain telling you how great your ideas are. This leaves the powerful vulnerable to making overconfident decisions that lead them to dead-end alleys.” “Power and Overconfident Decision-making” by Nathanael Fast, Niro Sivanathan, Nicole D. Mayer and Adam Galinsky is in press at Organizational Behavior and Human Decision Processes.