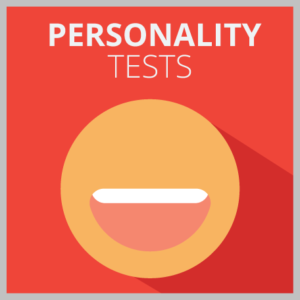 Sometimes we don’t really know where to start but taking some quizzes might help to give you an idea or a jump-start! Here are 5 really good reasons why you should take a personality test.

1. It can help inform your career.

Should you be an engineer or a doctor? A social worker or a journalist? Passion is part of the equation, but your personality may also determine what occupation is a good fit.

Take highly sensitive people, for instance. According to Elaine Aron, a longtime researcher of the personality type, HSPs may want to consider careers like teaching because of their service-based nature. HSPs also enjoy quiet workplaces because they don’t like overstimulation, Aron previously told HuffPost.

Additionally, personality tests may also be part of the job hunt. Some companies use the assessments in the application process to help vet candidates, the Wall Street Journal reported. Companies may also offer personality tests during their training process after an employee has been hired as well.

2. It can help you decide what to study in school.

Character assessments can also help college students as they navigate their area of study. The more you know what your personality aligns with, the better idea you’ll have of what to major in when you go to school. A 2006 study published in the Journal of Vocational Behavior found that students who were more personally interested in what they were studying had an increased likelihood of performing better.

3. It will help you understand your strengths and weaknesses.

The more insight you have into how you operate, the easier it is to determine what your best and worst traits are — something that can come in handy both personally and professionally.

For example, according assessments based on the Meyer’s-Briggs test, ESFJs, or Extroverted-Sensing-Feeling-Judging individuals, are “caregivers” and work hard to make other people happy. This is a great quality to have, but it may lend itself to being too much of a people pleaser. Strength? They care about others. Weakness? They tend to ignore their own needs.

4. It plays a role in social interactions.

These quizzes and tests help you connect with others who are just like you, Mitch Prinstein, a professor of psychology at the University of North Carolina at Chapel Hill, explained to NBC News in 2014. “Ultimately, they give you some feedback on whether your behavior is similar to others, what your niche is, and how similar you are to a sub-group of people,” Prinstein said. “That is inherently very rewarding to people.”

5. It feels good to know yourself.

Chances are you’ve received personality test results that make you exclaim “this is so me” (or, if not, you just take the test again). But why does it really matter what the answers say? Humans like the validation that comes with establishing who they really are as individuals. The more you know yourself, the more you’re able to assert what you really need in life, relationships or otherwise. How else are you going to know what kind of vacation to take or what city you actually belong in?

So storm fearlessly into the world, armed with the knowledge that you’re Type B, an introvert, an old soul or whatever it is that you identify with. Let that personality shine.