5 Common Ethical Issues in the Workplace 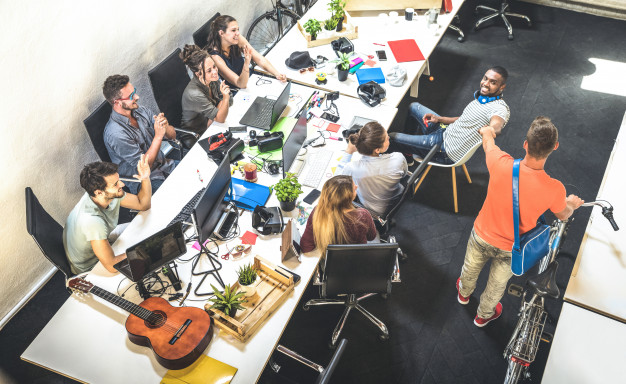 Recent headline-making ethical issues, particularly those tied to discrimination and sexual harassment, have shed light on unethical conduct in the workplace and how these ethical lapses can permeate employee relations, business practices, and operations. According to the Ethics & Compliance Initiative’s 2018 Global Benchmark on Workplace Ethics, 30% of employees in the U.S. personally observed misconduct in the past 12 months, a number close to the global median for misconduct observation. These ethical breaches often occur unreported or unaddressed, and when totaled, can command a hefty cost. Unethical practices spurred more than half of the largest bankruptcies in the past 30 years, like Enron, Lehman Brothers, and WorldCom, and can take a larger economic toll, estimated at $1.228 trillion, according to the Society for Human Resource Management.

These numbers suggest you’ll likely encounter ethical dilemmas in your workplace. Here are five ethically questionable issues you may face in the workplace and how you can respond.

Having a personal issue with your boss is one thing, but reporting to a person who is behaving unethically is another. This may come in an obvious form, like manipulating numbers in a report or spending company money on inappropriate activities; however, it can also occur more subtly, in the form of bullying, accepting inappropriate gifts from suppliers, or asking you to skip a standard procedure just once. With studies indicating that managers are responsible for 60% of workplace misconduct, the abuse of leadership authority is an unfortunate reality.

Organizations helmed by unethical leadership are more often than not plagued by a toxic workplace culture. Leaders who think nothing of taking bribes, manipulating sales figures and data or pressuring employees or business associates for “favors” (whether they be personal or financial), will think nothing of disrespecting and bullying their employees. With the current emphasis in many organizations to hire for “cultural fit,” a toxic culture can be exacerbated by continually repopulating the company with like-minded personalities and toxic mentalities. Even worse, hiring for “cultural fit” can become a smokescreen for discrimination, which can result in more ethical issues and legal ramifications.

Laws require organizations to be equal employment opportunity employers. Organizations must recruit a diverse workforce, enforce policies and training that support an equal opportunity program, and foster an environment that is respectful of all types of people. Unfortunately, there are still many whose practices break with EEOC guidelines.  When discrimination and harassment of employees based on race, ethnicity, gender, disability or age occurs, not only has an ethical line been crossed but a legal one as well. Most companies are vigilant to avoid the costly legal and public ramifications of discrimination and harassment, so you may encounter this ethical dilemma in more subtle ways, from seemingly “harmless” off-color jokes by a manager to a more pervasive “group think” mentality that can be a symptom of a toxic culture. This could be a group mentality toward an “other” group (for example, women aren’t a good fit for our group). Your best response is to maintain your personal values and repel such intolerant, unethical or illegal group norms by offering an alternative, inclusive perspective as the best choice for the group and the organization.

Your organization sets a goal—it could be a monthly sales figure or product production number—that seems unrealistic, even unattainable. While not unethical in and of itself (after all, having driven leadership with aggressive company goals is crucial to innovation and growth), it’s how employees, and even some leaders, go about reaching the goal that could raise an ethical red flag. Unrealistic objectives can spur leaders to put undue pressure on their employees, and employees may consider cutting corners or breaching ethical or legal guidelines to obtain them. Cutting corners ethically is a shortcut that rarely pays off, and if your entire team or department is failing to meet goals, company leadership needs that feedback to revisit those goals and re-evaluate performance expectations.

Questionable Use of Company Technology

While this may feel like a minor blip in the grand scheme of workplace ethics, the improper use of the internet and company technology is a huge cost for organizations in lost time, worker productivity and company dollars. One survey found that 64% of employees visit non-work related websites during the workday. Not only is it a misuse of company tools and technology, but it’s also a misuse of company time. Whether you’re taking hourly breaks to check your social media news feed or know that your coworker is using company technology resources to work on freelance jobs, this “little white lie” of workplace ethics can create a snowball effect. The response to this one is simple: when you’re working on the company’s computer on the company’s time, just don’t do it, even as tempting as it may be.

Not all ethical breaches are as dramatic as those that make headlines, but all ethical violations are wrong nonetheless. When you find yourself faced with an unethical situation or leader, think about what you value most as an individual and as a professional to guide your response. Knowing when to say when can be a personal ethical dilemma unto itself. While it’s crucial to speak up when witnessing unethical behavior, the greater the risks to the company or your direct manager, the greater the pressure you may feel to go along with or ignore the behavior, especially if blowing the whistle could put your career in jeopardy. Consider that 53% of employees who reported ethical misconduct in their companies said they experienced some form of retaliation, according to the 2016 National Business Ethics survey by the Ethics and Compliance Initiative and as reported by The New York Times.

Using euphemisms to dilute the severity of unethical behavior, avoiding addressing the behavior, or rationalizing that “most” employees are going along with the breach anyway are practices that can fester, driving out good employees, ruining careers and putting a company at risk. If you find yourself working in a culture that accepts and even facilitates unethical behavior, or resorts to professional retaliation when these issues are brought to light, you’ll have to decide whether to stay and condone your company’s practices or if it’s time to go.